UK ‘SHOULD LOOK AT BITCOIN, CRYPTO VERY SERIOUSLY’ – THERESA MAY 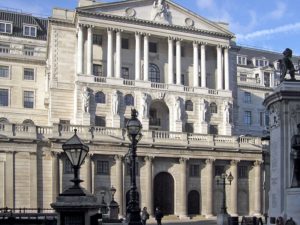 The UK prime minister Theresa May has said the government “should be looking at cryptocurrencies and Bitcoin very seriously.”

In rare direct comments to Bloomberg at the ongoing World Economic Forum 2018 in Davos, May went on record to state that crypto’s possible use “particularly by criminals” is cause for additional scrutiny from lawmakers.

May was speaking on the more general setup regarding tech companies and internet regulation in the UK both before and after Brexit, which chancellor Michael Hammond told Davos audiences had “no chance” of a U-turn.

The Bank of England has taken a noticeably measured stance on cryptocurrency as its reputation grows, while the UK has come in for criticism for its lack of progress on developing hard-and-fast laws about the use of Bitcoin and altcoins.

Earlier this month, the Bank added it was still “researching” the possibility of a national cryptocurrency but currently had no plans to implement one.

A comparatively laissez-faire approach from the UK with an emphasis on ironing out regulations in future meanwhile echoes recent calls from neighboring France to adopt an international policy on Bitcoin.

Minister for the Economy Bruno Le Maire earlier this month repeated his intention to have Bitcoin as a major topic of debate at the upcoming G20 Summit in Buenos Aires, scheduled for March.

While keeping silent on Blockchain as part of the country’s digital future, May highlighted artificial intelligence as an area in which she hoped the UK would strengthen its attractiveness for international business post-Brexit.

“I think there are huge opportunities in relation to tech companies and in particular in the area of artificial intelligence, where the UK already has a leading edge,” she continued

“I want to see us developing that for the future.”