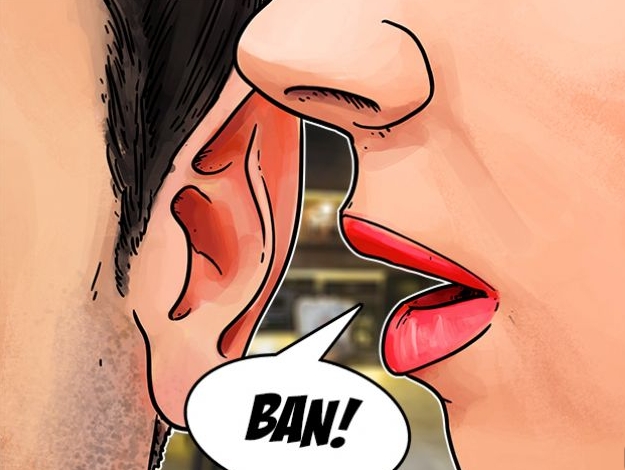 In an exclusive interview, executives at Coinsecure, Unocoin and Zebpay, the most widely utilized cryptocurrency trading platforms in the country with millions of users, unanimously stated that the document released by the Ministry of Finance was misinterpreted. The India Ministry of Finance reaffirmed that it intends to ban the usage of cryptocurrencies in financial crimes and illicit activities, but not ban cryptocurrencies in general. It is important to acknowledge that the use of cash or any currency in financial crimes is banned.

The mainstream media, especially outlets in India, interpreted the statement as a ban on cryptocurrencies and released premature reports claiming the government has banned the market. This week, on national television, India’s Finance Minister strongly refused cryptocurrency ban rumors.

Sunny Ray, the founder and president of Unocoin, told Cointelegraph:

“We are happy that the Finance Minister has recognized the importance and popularity of cryptocurrency, and has chosen to talk about it on budget day. As far as the exact content of what he said, we are largely neutral about it. However, we are pained to see his words being misinterpreted and misreported, by a section of the media.”

Ray emphasized that the statement of India’s Finance Minister Arun Jaitley was misinterpreted by the media which reported it as a ban on cryptocurrencies when Jaitley simply noted that the use of cryptocurrencies in illegal activities will be prohibited and restricted. Also, Jaitley stated that Bitcoin is not a legal tender. But Bitcoin is not a legal tender in anywhere in the world. Legal tender implies that it is illegal not to accept a certain asset. It is certainly not illegal to not accept Bitcoin in Japan, the US, South Korea, and everywhere else globally.

“During question hour in Rajya Sabha on Jan. 2, 2018, the Finance Minister had made the exact same point, where he stated that, ‘Bitcoins or such cryptocurrencies are not legal tender.’ This has been the position taken by almost all governments around the world, and we regard this statement quite neutrally. It is our understanding that only currency notes and coins are legal tender. To extrapolate that to mean that such assets are ‘illegal’ is silly at best, and grossly irresponsible at worst.”

Sandeep Goenka, the co-founder of ZebPay, another major cryptocurrency exchange in India with millions of users on its mobile app alone, shared a similar sentiment as Unocoin’s Sunny Ray. Goenka stated that the India Blockchain Committee remains optimistic in regards to the statement released by India’s Finance Minister and that the media grossly misinterpreted his words.

Goenka further explained that local exchanges welcome the Indian government’s intention to eliminate the use of cryptocurrencies in criminal activities. Last year, Indian cryptocurrency exchanges assisted local enforcement in investigating into a bank theft that led to the loss of millions of dollars. As local exchanges have done in the past, they intend to continuously support the government in its crackdown on illicit activities surrounding cryptocurrencies. Goenka told Cointelegraph:

“Every citizen and business in this country should play their role in eliminating financing of illegitimate activities, regardless of whether such financing is done using legal tender, cryptocurrency, gold or any other medium. We welcome this move by the government and want to wholeheartedly support the government in this move. We encourage the government to work with our members, as we are committed to detect, report, and eliminate suspicious transactions in pretty much the same way as other institutions do.”

Coinsecure CEO Mohit Kalra also reassured investors within the local cryptocurrency market that the government is not banning cryptocurrencies and it exchanges will operate as usual. Kaira advised customers not to be affected by the FUD and false reports issued over the past week.

“According to Mr. Jaitley, they will be stopping illicit activities happening using Bitcoin and other cryptocurrencies. For us, it’s business as usual. Would advise customers not to panic sell at lower rates,”

Coinsecure COO Jincy Samuel emphasized that the cryptocurrency ban reports are nothing more than FUD, adding:

“This is in no way different from the various other statements given in the recent past. Nothing new has been determined. Just seems like a lot of unnecessary media FUD.”