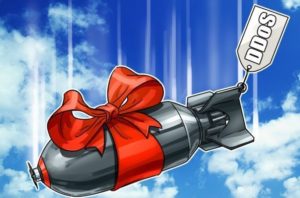 According to a press release citing “numerous mentions on social media” about plans to attack Weiss, staff were “up all night” attempting to restore normal service after the release of ratingsfor Bitcoin and other cryptocurrencies Thursday.

“Earlier commentary on social media expressed considerable fear we were about to release negative ratings on their preferred currencies,” founder Martin D. Weiss commented, “so this may be an attempt to thwart our release today.”

No cryptocurrency managed to gather an ‘A’ on Weiss’ list, while the rating agency’s other conclusions also drew criticism from commentators.

Bitcoin Cash fared only slightly worse than Bitcoin itself with C-, while Ethereum scored a B and Dogecoin C, placing it similarly just below Bitcoin in terms of providence.

“All else being equal, as a cryptocurrency overcomes its individual challenges, it’s likely to be upgraded promptly,” Weiss himself nonetheless added adopting a somewhat more bullish tone.

In the week of the 2018 World Economic Forum in Davos, legacy finance entities are delivering curious appraisals of cryptocurrency as it faces its most mainstream year yet.

Former US Secretary of State John Kerry told Cointelegraph that crypto “has value” at the event, while JPMorgan CEO Jamie Dimon privately denied he was a “skeptic” when it came to Bitcoin./cointelegraph/