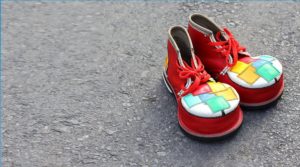 In the current cryptocurrency hysteria, everyone is a level 70 blockchain wizard launching a new hedge fund.

Weiss Ratings released their cryptocurrency ratings yesterday. In response, they received a lot of criticism on social media. And rightly so.

I’ll get to the specific issues with the Weiss Cryptocurrency Ratings, but first I need to point out that the low quality of these ratings is merely an illustration of the current hysteria around cryptoassets more generally.

Weiss Ratings has a long history as an independent ratings agency covering traditional assets, but it’s clear they don’t understand Bitcoin at all. However, they’ve proclaimed that they’re the cryptocurrency experts who can tell you whether speculating on the price of a specific token is a safe bet.

Weiss Ratings is not alone in their Dunning–Krugering. This sort of thinking is extremely common for new people who are coming to Bitcoin for the first time, and there might not really be any way to get around it. People have to learn on their own.

According to Morgan Stanley, 100 crypto hedge funds have been launched, with 84 of them starting out just last year. Even two freshmen at Princeton are getting into the business of offering cryptocurrency trading advice. YouTube is also filled with plenty of personalities who push their audiences toward specific cryptocurrencies and outright Ponzi schemes (see BitConnect).

Who would have thought there would be so many cryptocurrency experts sitting around who could offer their opinions just as the total value of all cryptoassets was reaching all-time highs? What a great coincidence!

So anyway, let’s go through some of the key issues with the Weiss Cryptocurrency Ratings.

The first thing we must talk about is the Bitcoin rating.

Bitcoin is the gold standard in the cryptoasset ecosystem. The cryptoasset market as a whole is only possible because of Bitcoin.

No other cryptoasset has the network effects, liquidity, reliability or longevity that Bitcoin has. When there’s a cryptoasset price panic, Bitcoin doesn’t fall as fast as the altcoins. It’s often referred to as the reserve currency of cryptoassets. In a rating system that is designed around the avoidance of risk, Bitcoin should be the star of the show.

Any rating that doesn’t give Bitcoin an A has got some screws loose. Nearly ten years of wealth creation, innovation, massive growth, proven resiliency against crashes and billions worth of infrastructure. And all without a leader. Bitcoin is the standard Charles Hoskinson

But no. Ethereum, Steem, Cardano, EOS and NEO were all rated higher than Bitcoin.

The EOS rating is especially notable because the project hasn’t even launched yet.

There was so much disagreement with Bitcoin’s initial rating in the Weiss Cryptocurrency Ratings that Weiss Ratings made a blog post explaining their reasoning behind the rating. While the post noted Bitcoin’s superb fundamentals, it also claimed that the world’s first cryptoasset is lacking in other areas.

In terms of the Risk Index, Bitcoin getting bad marks for price volatility is all well and good, but it’s still less volatile than the newer altcoins that haven’t been around for extended bear markets.

The Technology Index is where they really lose me.

Bitcoin has the strongest governance out of any cryptoasset network in existence today because it is the only one that has reached a level of adoption that makes it less vulnerable to a single entity having too much control over the system. The value proposition of a coin with “strong governance” is lower than a coin with no governance at all because the whole point of these systems is to be permissionless and resistant to censorship.

Energy consumption is irrelevant and has no place in a comparison of cryptoasset valuations. Perhaps Weiss Ratings could explain the relevance here in the future.

Weiss Ratings’ knock on Bitcoin in terms of scalability is due to the 4 MB block weight limit. “It is encountering major network bottlenecks, causing delays and high transactions costs,” says an announcement from the ratings publication.

In other words, Weiss Ratings thinks too many people are using Bitcoin to transact, so it should receive a lower grade. If only Bitcoin had fewer users!

Every cryptocurrency network faces a tradeoff between centralization and transaction costs if enough people are using it. Building layers on top of the base blockchain is generally accepted as the best method of scaling these cryptocurrency networks further, and Bitcoin’s first stab at this scaling method, known as the lightning network, is already being played around with on mainnet.

If Bitcoin is getting a knock in scalability, it’s likely that they haven’t accounted for the centralization tradeoffs — in terms of technical implementations and/or governance — that come with the other, “more scalable” networks.

The clearest indicators that the Weiss Cryptocurrency Ratings are complete hogwash are found when you compare some of the ratings on the list.

For example, Zcash and SmartCash have the same rating. While Zcash introduced zero-knowledge proofs for better privacy on a cryptocurrency network for the first time, SmartCash appears to be a knockoff of Dash that has less than $1 million worth of trading volume over the past 24 hours. I don’t hold either of these coins, but at least Zcash is doing something interesting.

Electroneum is literally a knockoff of Monero, which is perhaps the most-promising altcoin in terms of protecting user privacy, as evidenced by the fanfare it receives on the darknet markets.

Parts of the Electroneum paper are plagiarized from the original CryptoNote paper, on which Monero is based. The development team behind Electroneum is so inept that they did not know zero-fee transactions would be a bad idea.

But yes, this is a close call. Electroneum is clearly nipping at the heels of Monero.

The issues with the Weiss Cryptocurrency Ratings should come as no surprise. After all, they’re new here. They don’t know what they don’t know. Their status as the expert cryptocurrency ratings agency is self-proclaimed, much like every other cryptocurrency expert that has popped up over the past few months.

This is an opinion piece by Kyle Torpey. The views expressed are his own and do not necessarily reflect those of BTC Media Inc or Bitcoin Magazine.